Whenever automation enters a new industry, we always hear the same question: is this solution replacing people?

Quite frankly, it’s not the right question. As we’ve discussed on this blog previously, automation, AI, robotics, or any other of these cutting-edge technology buzzwords are still utterly dependent on human supervision, troubleshooting, and improvements. The correct question should be: what task is this replacing?

With the commercial cleaning sector experiencing a 200 percent turnover rate on average (and sometimes up to 400 percent), the industry should see automation as a huge opportunity to reduce the financial and operational burden of low retention and a long list of cleaning tasks.

Couple this with the fact that the commercial cleaning industry is expected to grow 6.2 percent by 2022 — and jobs in this sector are forecasted to increase 7 percent by 2028. Clearly, something must be done to service this growth.

1. Automation Can Complement — and Even Create — Jobs

McKinsey Global Institute states only 5 percent of jobs today can be fully automated. This leaves 95 percent of jobs reliant on human workers (even though some tasks can be enhanced with technology).

In its simplest form, jobs are a collection of tasks. A percentage of those tasks can be automated — the repetitive and manual ones that often aren’t enjoyable. 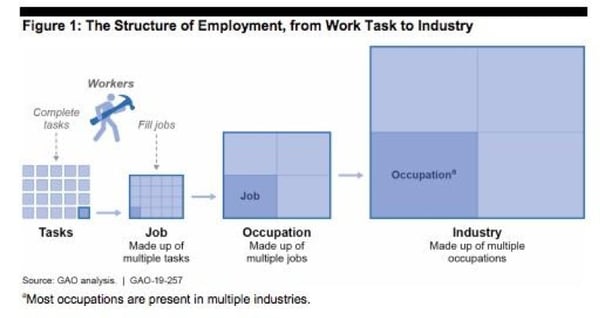 Experts agree automation complements the workforce. This paper from MIT economics professor David H. Autor argues that despite technological disruption over the past 200 years, human labor has not become obsolete. Automation and human labor are partners:

… tasks that cannot be substituted by automation are generally complemented by it. Most work processes draw upon a multifaceted set of inputs: labor and capital; brains and brawn; creativity and rote repetition; technical proficiency and intuitive judgment; perspiration and inspiration; adherence to rules and judicious application of discretion. Typically, these inputs each play essential roles; that is, improvements in one do not obviate the need for the other.

The commercial cleaning industry is one that absolutely relies on the human touch in many areas of the job. Though just like many other sectors impacted by technology, those jobs may change over time.

Thus, another scenario to consider is when technology creates jobs. This can happen when:

Automation may raise concerns about retention. Will employees think their jobs are at stake — and begin looking for employment somewhere else?

At our client and pilot sites, we’ve seen the opposite: Workers see automation as a chance to uplevel skills. It also makes them more engaged at work as they take pride in the technology they manage.

Take, for example, a job that requires a person to walk around a property to see if trash cans are full and need emptying. The deployment of sensor technology can alert this worker when a particular trashcan needs attention, allowing that person to focus on something more rewarding. Sensor technology, over time, can additionally gather data that informs the worker to make more strategic decisions about the placement of those trash cans.

Traditionally, cleaning has had few opportunities for advancement. It’s also not aligned with the next generations’ values when it comes to work. Millennials, more than any other generation previously, value opportunities to advance, learn, and grow. 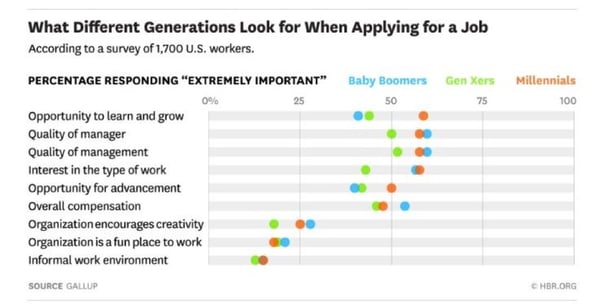 And then, of course, there’s the dark side of commercial cleaning: injury from repetitive motion. There were approximately 2.8 million nonfatal workplace injuries and illnesses reported by private industry employers in 2017. And data show that workplace injuries cost $250 billion annually.

Vacuuming, for example, is a common contributor to workplace injury and syndromes. Automated solutions in this area such as autonomous vacuum sweepers and floor cleaners can allow workers to abstain from injury-prone work.

Safety has drastically increased in diverse sectors due to automation. In general, safety increases when cleaning providers remove employees from repetitive, manual tasks and redeploy them to areas where they provide value with less physically-taxing tasks.

3. Automation Can Allow Businesses to Reinvest in the Workforce

As companies bring on technology and find more efficiencies in their businesses, they can think about where they will reallocate time and money resources. These resources can be reinvested into service expansion, operations, employee benefits and more, helping tenant companies to become more competitive and be more attractive to prospective employees, and helping cleaning companies differentiate and elevate the standard of commercial cleaning. .

What’s more, technology is facilitating workforce training. As this paper points out:

Many firms we visited offered training for workers to adapt to their changing roles and tasks, particularly when the tasks or roles became more technical … Officials at some firms told us that training current workers for more technical positions was easier than finding workers with the appropriate skills.

In some cases, productivity and growth via automation leads to higher wages for employees, too, as this research highlights:

As is well-known, high productivity firms generate more output per worker, which in turn allows them to reduce prices, increase market share, and pay better salaries. But beyond that are “productivity effects” of automation discussed by Acemoglu and Restrepo. The productivity effect—resulting from the cost savings and output gains generated by automation—increases the demand for work and wages in new or non-automated tasks. These effects push directly against the “displacement effects” of technology, which tend to reduce the demand for labor.

How Are You Attracting and Retaining Employees?

With the way things are going in commercial cleaning today, it’s vital employers look at where they can adopt technology to build better jobs and a better workforce.

When employers use smart devices such as Whiz — the autonomous vacuum sweeper from SoftBank Robotics — they can measure results, capture insights, and provide clients valuable data. Cleaning crews can focus on the places that need the most work.

Results from Whiz’s commercial availability and deployment in the cleaning market have shown that automation can:

Better allocate resources: Employers have the freedom to deploy staff on high-value tasks that require the human touch — and also save overall time on the job.

Standardize cleaning: Humans can make mistakes, or not show up, but automated devices execute the job the same way, every time. This ensures your desired outcomes.

Provide proof of performance: Deploying technology means you can collect data on exactly how the job was done. You will know how many square feet were covered, which areas were covered — and at what time.